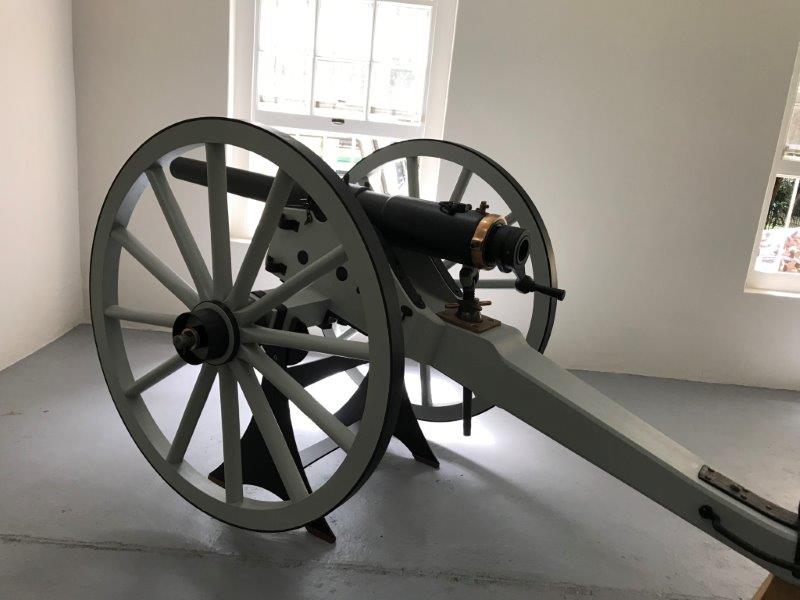 The 2.5 in Rifled Breech Loader was the first departure from the muzzle loading concept for about 550 years. The Armstrong system of construction of rifled breech loading guns was introduced in 1859. Apparently, they were intended in 1858 for mountain service, but when found rather too heavy, their use was restricted to colonial batteries.

According to Major General John Headlam’s History of the Royal Artillery, they were used in the field against the Maoris in New Zealand and carried on elephants in Bhootan. They were also used by the Royal Navy as a boat and field marine gun.

Armstrong’s system resulted in the breech being closed by means of a vent-piece, which was dropped in and lifted out of a slot or opening in the top of the breech end of the gun. It was pressed home against the chamber by means of a breech screw, which fitted into threads cut in the breech end of the gun. It was worked backwards or forwards by a lever and was bored hollow to allow the charge to be passed through it from the rear into the chamber of the gun, after the vent-piece had been lifted out.

The joint was rendered gas-tight by copper rings, one affixed to the face of the vent-piece and the other screwed into the bore of the gun. The rifling of the gun was polygroove.

The projectile was coated with lead, which made it slightly larger than the bore of the barrel. To allow for this, the bore at the breech end was made slightly larger in diameter than elsewhere. On shock of discharge, the force of the explosion drove the projectile along the bore, compressing its soft coating into the grooves of rifling, thus forcing it to rotate.

When mounted on its carriage, the 6-pr resembled the 9-pr but there was only one exterior coil which was placed in front of the trunnions.

Despite these setbacks, the breech loading system was improved upon and eventually muzzle loaders were replaced by breech loaders. Armstrong was a man way ahead of his time!

These guns were replaced by four 9-Pr Rifled Muzzle Loaders in 1892 and it is thought that the 6-Pr’s were retired to the Old Fort around this time.

These historic guns had deteriorated in the humidity of Durban’s tropical climate for many years. In 2004, the Durban Branch of the Gunners’ Association and the KwaZulu-Natal Branch of the South African Military History Society embarked upon a fundraising drive to restore them, and on Saturday 4th September 2004, members of the Natal Field Artillery, who were practising for the Annual Gunners’ Memorial Service in the grounds of the Old Fort, lifted them from their repository and carried them to the entrance, where they were loaded onto a private contractor’s truck and transported to Pietermaritzburg, where they were restored by Mr Rob Scott of the Provincial Museum Service. He is a former member of the NFA.

The restoration process was completed, and the guns returned to the Old Fort precinct on Wednesday 5 December 2018

Special Appreciation goes to the Durban Light Infantry Headquarter Board for making the room available for the security and display of the two guns.

The Sharpend – School of Artillery Newsletter vol 5 – May... 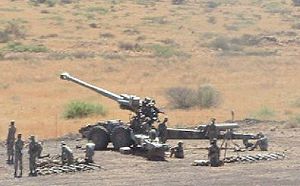 MISSION – It is the mission of the Gunners’ Association to promote fellowships and camaraderie amongst Gunners, (field, anti-aircraft, anti-tank, serving or retired) to promote Gunner Traditions and to provide welfare and educational support to Gunners and their families...Read more

The Sharpend – School of Artillery Newsletter vol 5 – May...